Adweek: Stoli Partnered With Universal’s Atomic Blonde to Reintroduce the Vodka to Consumers

Adweek: Stoli Partnered With Universal’s Atomic Blonde to Reintroduce the Vodka to Consumers

Charlize Theron stomps around Berlin in stylish garb and giant sunglasses, fights anyone with anything she can—a heel, a fridge door—shoots guns, flips cars, jumps off a balcony, and drinks lots and lots of Stolichnaya vodka in the action film Atomic Blonde. To be exact: Theron asks for Stoli twice, and the brand is placed a total of eight times throughout the film, which premiered on July 28, has already garnered $44 million at the domestic box office, and is still playing in over 3,000 theaters across the country.

Not only is the brand prominently featured in the film, but Stoli’s agency partners—The Martin Agency for creative, Horizon Media for media, Situation Interactive for the Stoli website and Mio for social—created an omnichannel campaign featuring television and digital spots with strategic placements, a Pandora playlist based on the film’s ‘80s soundtrack, and more to “reintroduce” the “heritage” vodka to consumers, explained Michael Ogurick, brand group director for Horizon.

“This was not your spots and dots kind of plan,” said Ogurick. “Everything was very targeted.” For television spots, Horizon worked with Universal to map out placements where the Atomic Blonde trailer would already be and put the Stoli creative, which is edited like a trailer of the film and prominently features Theron, there.

“When we found out that we were going to be able to use Charlize’s likeness in the ads we were like, ‘This is a huge win for us,’” said Ogurick.

As for digital placement, Horizon partnered with video ad platform Sightly, a targeting partner of YouTube, to “drive very qualified viewers to pre-roll spots,” said Ogurick. To do that they used data to find consumers who had “historical Charlize Theron enthusiasm” or like “cocktail videos” or “action movie enthusiasts,” which resulted in more than 9 million views and over 23 million impressions.

Horizon also partnered with Pandora and built a custom station based on the film’s ‘80s soundtrack, which has seen over 31,000 total listeners resulting in over 16,000 hours of listening, according to the agency.

Other executions include out of home, a partnership with Playboy, and print and digital ads in automotive, fashion and celebrity magazines.

This Adweek article was written by: Kristina Monllos

Founded in 2013, Sightly is a performance video advertising platform that enables brands and agencies to deliver the most relevant messages to the most receptive viewers across every device on YouTube and other video destinations. Our TargetView™ software combines our proprietary People-Centered Audience Targeting™ with dynamic ad personalization, campaign management automation and innovative optimization data science to deliver audience and performance KPI’s across the entire customer journey.

READY TO TAKE YOUR VIDEO MARKETING TO THE NEXT LEVEL?

Shoppers move effortlessly between online shopping and in-store experiences, so it’s necessary for retailers to scale their marketing to achieve success across the board. It doesn’t matter if the retailer is a department store, an online powerhouse, or a Main Street boutique: retail business starts at the local level.

Shopping experiences are always local, whether if they’re online or in-store. Think about it:

Locality goes deeper than physical location. Successful retail business is rooted in its nuanced ability to speak in the context of the person’s “real life” – not only where they live, but also where they are in the purchase cycle. It’s a basic concept, but one that can be lost in the potential anonymity of digital advertising. It isn’t as simple as geotargeting – truly impactful local ad campaigns know how to speak the language of the audience they wish to reach and how to leverage location data.

Here’s how retailers can use video to successfully drive retail business – online and in-store:

Use video to drive in-store visits

Google reports that three in four consumers who find local information in search results helpful are more likely to visit stores1. 71% of in-store shoppers who use smartphones for online research say their device has become more important to their in-store experience2. The Takeaway – online product research is bolstering the consumer in-store experience. Performance Video strategy has the power to deliver video ads to targeted audiences while they’re conducting this research, and to use messaging that is within the context of both their purchase search and daily life. Set a KPI for your performance video campaign related to in-store visits.

Deliver offers, messages and content that is relevant to the person’s place in the purchase cycle

“Modern Commerce Focused on Extreme Personalization” was a subheadline on CMO.com recently about the next round of retail disruption. In one survey, Google reported that 85% of respondents indicated they are more likely to shop in places that deliver personalized coupons and exclusive offers in-store1. The Takeaway – We’ve said it before on the Sightly blog – personalization is a basic expectation from consumers. If you want to target them effectively, you must deliver content that is just for them. A key to that is contextually relevant ads, true to their geography and the customer’s purchase path.

Geotarget beyond the zip code

Increase effectiveness by using Performance Video ads to geotarget not only by location such as a zip code or DMA, but also by personalizing creative for the consumer based on their behavior and device. The Takeaway – It’s not enough to target a zip code. Add layers of depth to pinpoint the shopper you want, and who wants you.

In summary, the retail shopping experience may be going through a disruption, but consumers themselves remain grounded in their towns. Brick-and-mortar stores have as much to gain from targeted performance video ads as e-tailers. Jump start your strategy with a primer on performance video.

Mobile Video: Get Your Growth Engine in Gear

Mobile Video: Get Your Growth Engine in Gear 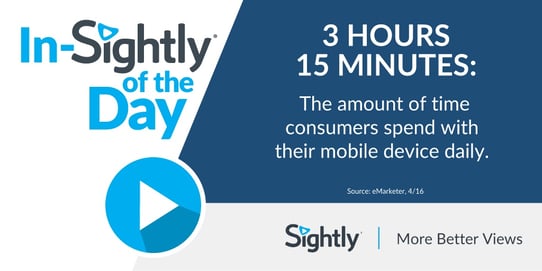 Back in 2012, consumers spent 1 hour, 28 minutes a day with their mobile device, according to eMarketer. In 2017, that figure is three hours, 15 minutes. Consumers check their smartphone more than 9 billion times per day and increasingly do so while engaged in other activities, such as watching television. One study shows 89 percent of consumers reporting simultaneous use of the TV and smartphone.

A century of advertising norms around American viewing culture have been upended by mobile devices. Still, mobile usage has been a strong complement to other media. The genre represents a massive opportunity for marketers and broadcasters alike. The key is in leveraging performance video. Here’s how.

Adjust to the culture of mobile viewing 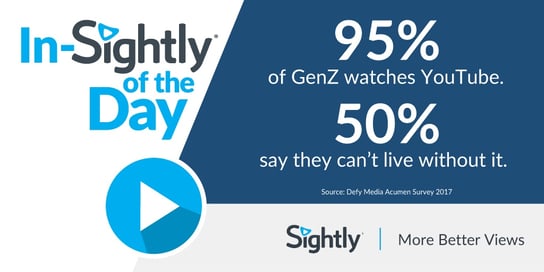 Mobile viewing provides a more personalized, customized experience for the user. This is the key opportunity to tap into, because personalization is increasingly considered a basic expectation of viewers.

Performance video ads unlock this personalization power. And, in doing so, boost consideration and brand awareness by 57% and 65%, respectively. Combined with precision targeting, performance ads can help advertisers turn mobile viewing into a growth engine.

Viewability and delivering short ads (skippable, and 6-second non-skippable bumper ads) are crucial to success in mobile. Additionally, mobile ads must become much better at cross-screen or simul-screen advertising than is currently the case.

Increasingly, people are not differentiating between devices when it comes watching videos. They seek the on-demand content they wish to have, when they wish to have it. Ads must deliver cross-platform, and be relevant, in order to be successful.