Why Brands Pre-Gamed the Super Bowl

Esteemed ad critic Bob Garfield recently recalled the days when Super Bowl commercials were kept under lock and key until their live airing. It was, as he says, THE day for advertising, and no one wanted their creative treasures leaked ahead of their big moment.

Fast forward and, yes, the Super Bowl is still a pretty big deal. It garnered 111.3 million viewers according to Nielsen1. But, YouTube has over a billion users, and, on any given day, people watch hundreds of millions of hours on the platform2. 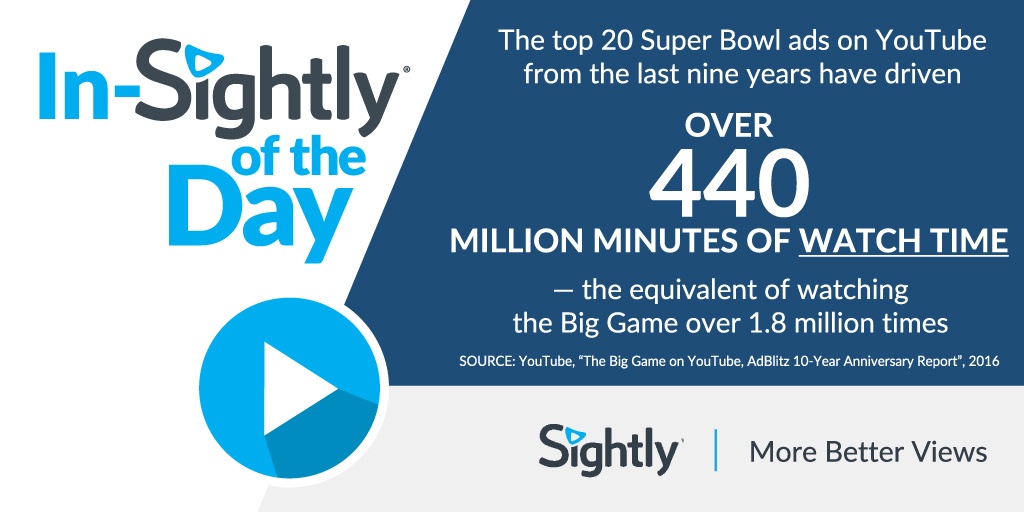 How do Super Bowl advertisers bring the power of both together? It’s all in the pre-game.

Brands are increasingly leveraging YouTube to broadcast their content ahead of its live airtime. The share of Super Bowl ads released on YouTube before game day grew over 200% from 2008-20163. That’s because of the influence of the teaser, and also because YouTube offers a social dynamic that can, among other things, help build momentum for the game.

YouTube fosters different communities of people with like-minded interests, providing opportunities for consumers to post and share their thoughts. Yes, airing a Super Bowl commercial does deliver millions of viewers tuned into your brand. But, when coupled with YouTube, it gets extended further. Consider these stats:

What was your favorite Super Bowl ad, and did you see it on YouTube first this year? Tell us!