At any given moment, your target audience is spread throughout the different phases of the purchase funnel—awareness, consideration and purchase intent, at their most basic.

The good news is, it’s never been easier to reach them in every one of those phases.

And advertising pros know that certain media are more suited to different parts of the purchase funnel. For example, TV has traditionally been the go-to ad medium for creating top of the funnel
awareness.

Advertisers will often use retargeting and social media in the middle of the funnel to maintain familiarity and ensure their products are in people’s “consideration sets” when purchase triggers occur.

At the bottom of the funnel, advertisers often use online search campaigns (i.e., PPC or SEM) to reach in-market targets with appeals and offers designed to increase favorability of their products—and ultimately, purchase intent.

At the bottom of the funnel, advertisers often use online search campaigns (i.e., PPC or SEM) to reach in-market targets with appeals and offers designed to increase favorability of their products—and ultimately, purchase intent.

While these different media have proven effective in their respective funnel phases, YouTube TrueView video ads, by virtue of their robust targeting parameters, have emerged as one medium that effectively reaches viewers in all phases of the funnel.

Driving awareness, consideration and purchase intent with a single medium is like a one-stop-shop dream come true. Let’s look at further evidence for those claims.

But how about the rest of the funnel? A recent six-month brand lift survey covering hundreds of campaigns across different categories found that YouTube TrueView ads generate exceptional impact in the middle and bottom of the funnel as well:

Personalized Video Ads: The Art of Being Relevant

Personalized Video Ads: The Art of Being Relevant

Video ad personalization can boost response rates by as much as 200%.

In other words, “version-izing” online video commercials for each of your line items—locations, personas, product offers, etc.—greatly increases the relevance of your message, engages viewers and gets them to act.

New technology allows you to cost-effectively create “master” commercials with variable elements in them and then produce hundreds of versions with text, graphics, photos—even video clips—specific to each line.
Variable elements can include: 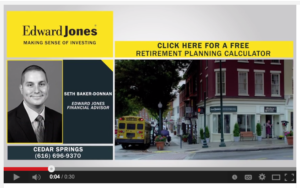 In the example shown here, the variable elements in the frame at this point in the video commercial include the photo and name of the local financial advisor, the location name and phone number, and the offer/call to action over the video frame.

Of course, once you’ve personalized your video ads, you need to deliver them to those locations and customer segments precisely and cost-effectively. (We call this “hyper-targeted delivery.”)

Imagine the Possibilities for you Brand

This technology is ushering in new creative opportunities for brand marketers and their agencies, such as being able to:

Take a look at this short reel with a few clips of personalized video ads we’ve produced:

Get a handy list of the four high-level steps we follow to personalize your video ads plus, get the four best practices for creating online commercials that drive personalization.

When you run a video ad campaign, what’s the most valuable result you could imagine? The obvious answer is, first and foremost:

“My target audience watched my ads!”

And that’s why video ad views carry so much weight with advertisers.

But the problem is, publishers measure views differently and it can be a real challenge making apples-to-apples comparisons among them. Take the ongoing heavyweight bout between YouTube and Facebook, for example….

YouTube counts a view as 30 seconds or the complete ad, whichever comes first. Facebook counts a view as 3 seconds—one second more than an impression by IAB standards. Clearly, there’s quite a discrepancy between the two publishers.

However, back in 2012, YouTube introduced a new metric that measured how long any given video—including an ad—is watched in aggregate over time. They called it “watch time,” and they quickly adopted it as the prime metric for YouTube’s video recommendation engine.

“YouTube states that watch time is ‘the most important method for measuring success on your channel and videos,’ and it is the primary influence of all major search and discovery algorithms across YouTube.”
“The importance of watch time and subscribers to your YouTube Channel” | The DIY Musician | June 23, 2015

Indeed, thanks to YouTube’s efforts to boost the metric, “watch time on YouTube has increased by 60% year-over-year,” according to CEO Susan Wojcicki.

Now it’s time to recognize it as a prime metric for ad campaigns, too. Advertisers are excited to learn that their ads are watched for hundreds, even thousands of hours during the course of their campaigns.

The Prime Value of View Time

For video ads, we call it view time because it comprises both completed views and partial views (those YouTube ads that people skip before the end). 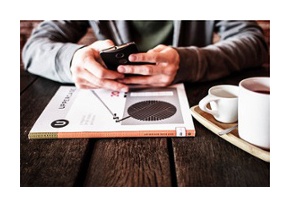 It’s a unique and powerful way to measure your connection with your audience during a video ad campaign. Plus, taken in conjunction with completed views and reach, view time not only gives you a sense of how wide your message goes, but how deep as well.

With the data available from YouTube, we calculate view time for each campaign we run. We even estimate view time for proposed campaigns using certain assumptions and a formula we devised that is based on the quartiles for different lengths of ads.

So it’s important to measure view time in every campaign and understand the variables that effect it, such as optimized audience targeting and ad personalization.

Want to see how Sightly does YouTube TrueView advertising better than anyone?